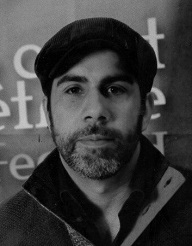 Boris Prieto is a Spanish-Cuban producer and distributor based in Paris, France. He holds a degree in Computer Science from the University of Havana and in Film Production from the Ecole Superieur d’Etudes Cinematographiques (ESEC) in Paris.

With his own production company Vega Alta Films he co-produces (CUB-MEX-FRA, 90′, 2020) the hybrid feature film I want to make a movie by Yimit Ramirez. In 2021, he co-produced (FRA-CUB, 30′) the documentary short film Abyssal by Alejandro Alonso, which had its world premiere at the Visions du Réel festival in Nyon, Switzerland, which subsequently wonthe Golden Dove at DokLeipzig 2021 and the John Hope Franklin Humanities Institute Award at the Full Frame Festival in Durham, USA 2022.

He is currently working on the development of the hybrid feature film The Star (CUB-FRA-USA, 90′) by Alejandro Alonso already supported by IDFA Bertha Fund and the virtual reality documentary project (SPA-FRA-GER, 30′) by Yimit Ramirez The eyes of Mila Kaos that obtained the Numerical Experiences Development Fund from the CNC in France and participated among others in the Venice Gap Financing Market and the New Images Coproduction Market in Paris.